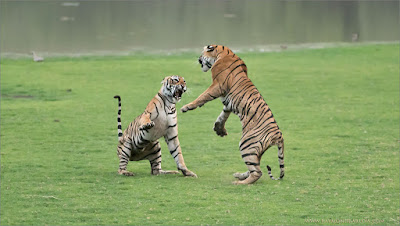 Well to start, I need to thank all of my guests – over 40 Photo Tour excursions around the world, and so many stories to tell!


Ranthambore National Park is one of India’s largest reserves as there are about 62 wild tigers, including a family of 5 animals that we visited during our photo tour in June 2015. Ranthambore National Park is located near Sawaimadhopur, Rajasthan.  A few days before this altercation described below, we did see all five tigers at this same location.  (Within 40 yards of our jeep!)  We saw the father of these cubs, who is named Star T28, (a 550 pound Male), and the mother Krishna T19, who was born in 2006 at this same location.

This battle took place on our last day of this photo tour.

During this fighting event, we had 3 siblings, with 2 sisters, and their brother involved in this play fight.  Normally, we would find these three tigers together, but on this last day of our tour, they somehow were separated. We arrived in the area and found the first sister on the right, about 500 meters from our jeep.  She decided to move towards what we call the “grass beach”, which is maintained by a herd of spotted deer.

As she moved towards us, the brother and second sister came out of the woods on our left, moving around the 1.5 km round pond, all the while they were making eye contact with the sister on our right.  We were able to select an open spot for our jeeps, and park our vehicle right and the meeting point!  I was getting nervous, as time was running out on us.  Our jeep had to be outside the gate by exactly 6 pm.

The tension was building.

I could see the anxiety in their eyes.  The 2 female tigers were preparing for a sparring match; we could sense the mood by watching their body language. Funny how the brother was much more interested in play, if fact I have other images of him chasing birds around before they finally did come together.  He did try to play as you will see below, with the sister coming from the right, but she quickly fended him off to create the fight scene with here dominant sister.

It was about 5:50 pm when this meet and greet happened!  The brother was involved for a few short seconds, and then the two sisters took over the incident.  A heated battle lasted maybe 5 seconds, the incredible roars still playback in my mind!  We all were looking for blood, they seemed so aggressive in this battle but none was found after the fight.  The intensity was incredible.

One thing I also find amazing, we had 16 safaris booked, 15 were complete, and successful as the wildlife here is wonderful, the photo opportunities amazing!   This fighting event happened on our very last trip out to see the tigers, and also, during the last 5 minutes of this last safari.  It took weeks for me to calm down after all this excitement!

Wild tigers wrestle and play fight much like any other cat species. They develop much needed defensive skills for future altercations while protecting their own territory. After this fight concluded, they all lay down, for a rest, licking their chops, and preparing for the next hunt!

The tour alone was spectacular.  I fired over 4,000 images of tigers alone, along with so many other images of deer, bears, and birds.  Much like a safari in Africa, there is always something cool to photograph around every corner.  After 5 tours to India alone, I am extremely confident about future successful programs.  Our guides and hotel services are superb. Food is amazing!!


The most recent tour was amazing, June 2016 my guests enjoyed 18 safaris, with tiger sightings on 15 of the 18 tours.  A very high success rate.  More images from that tour soon!

Here we have a few of the images, leading up to the fight.

Approaching from the right. 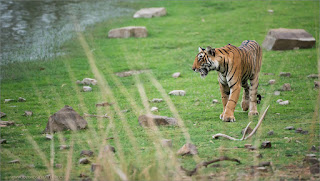 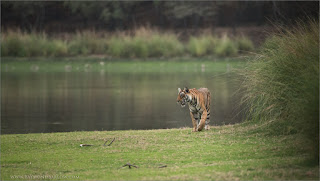 Approaching from the left. 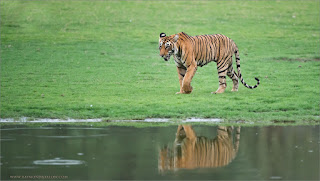 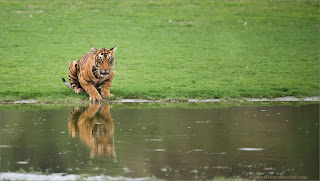 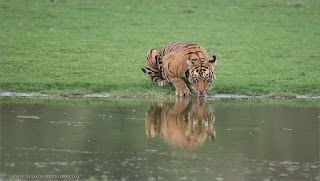 The 3 tigers get together. 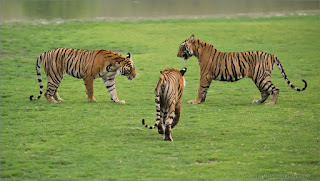 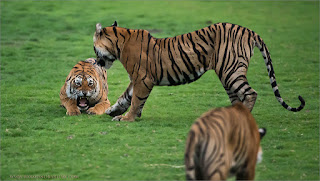 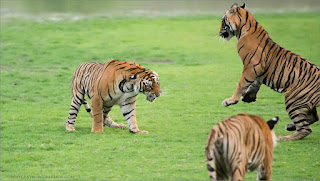 The brother - Pacman decides to "Butt Out!" 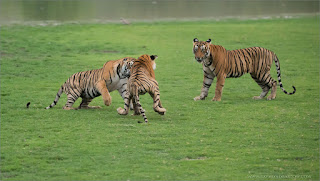 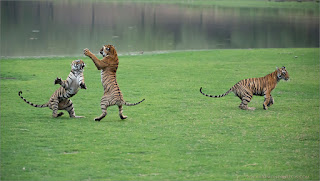 While the sisters Arrowhead and Lightening decide to "Duke it Out" 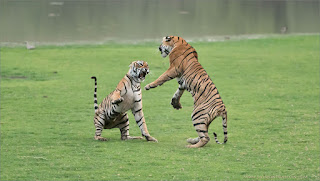 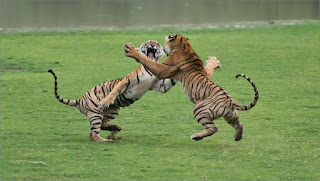 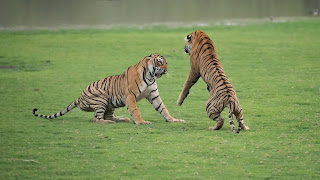 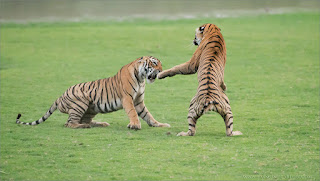 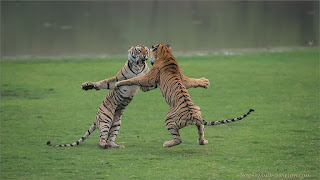 Nobody gets hurt, not even a scratch!  The three tigers lay down to rest within seconds!

For more information on my next tours to photograph wildlife, please email me here: 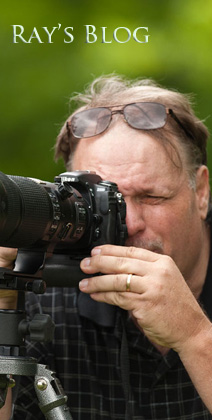 Add your email here, and receive notifications when a new post is added to my blog!

To pay for the book, or workshops with paypal, or credit card, please click here, and thanks!

Raymond Barlow
Thanks for visting my photo tour programs, please feel free to email me if you have any questions! ray@raymondbarlow.com